Due process is a fundamental right. Once this is violated, none of the litigation and procedures taken against a person can ever be validated. Wherever a person is in the world, they are entitled to due process of law.

What is Due Process?

In general, due process can be understood as what is contemplated in the Fifth Amendment. Unless a person has undergone the full legal process, they cannot be deprived of their rights. However, there are two kinds of due process: substantive and procedural.

For example, Congress cannot pass a vague law or a law that is open to many interpretations by a layperson. They also cannot make a law that stops people from exercising their rights without substantial reasons such as public safety.

Procedural due process prevents a person from being wrongfully deprived of his rights. In other words, this is the right of the accused. It includes access to competent counsel, litigation, their Miranda Rights, etc. This ensures that the innocent does not go to jail and that every person is treated fairly during the proceedings. It’s their protection from abuses in the course of the proceedings. 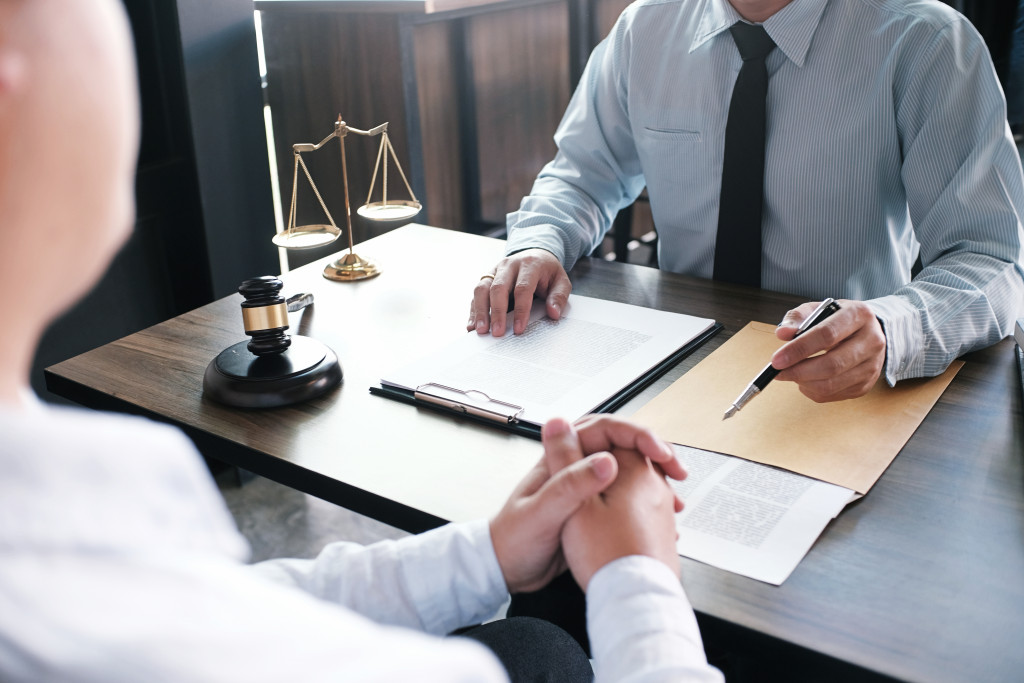 Nobody can have due process unless they are given a notice and a hearing. The first requirement, a notice, is crucial because a person must be informed of what he is accused of. Without notice, the accused cannot defend himself because he does not know his alleged infractions. This is why the job of process servers is so integral to due process.

In the same token, a person cannot be made liable for a crime he is not accused of. During the proceedings, if the court finds that a person actually committed a different crime, they cannot penalize him for such a crime. For example, a person is accused of homicide. During the litigation, the court found that it was not plain killing. Hence, he should be guilty of murder instead. Even with this finding, the court cannot send him to prison for murder.

The second requirement, a hearing, ensures that a person has the opportunity to be heard. This allows him to defend himself in a competent and impartial court. Only through an impartial court or tribunal can a person experience a fair process during the litigation.

Here, the accused can present his witnesses and counter the claim of the other party. During this process, he can prove his innocence through substantial evidence.

People have heard it repeatedly in movies: “You have the right to remain silent. Anything you say can and will be used against you in a court of law. You have the right to an attorney. If you cannot afford an attorney, one will be provided for you…” These rights are enumerated in the Constitution, but it wasn’t until a landmark case called Miranda v. Arizona in 1966 that this script became a requirement.

The case involved four cases wherein the accused confessed to the police during the custodial investigation. The custodial investigation happens when an accused is within the care of police officers, detectives, or a prosecuting attorney. During this process, an accused is secluded from the outside world. Officers use psychological tactics to get the accused to admit to the crime—even if it’s against the accused’s will.

In the said case, the court held that there should be safeguards during the custodial investigations. This is to assure that the accused know their rights and that the officers work within these rights. The accused’s knowledge of his rights allows him to freely exercise them or waive them. Hence, if the arresting officer does not say the Miranda warning, they cannot use a confession in any proceeding.

With everything that you do, it’s important to know your rights. These rights protect you from abuses, may they be from the government or private individuals. These fundamental rights cannot be separated from any person, nor should they be compromised without due process of law.